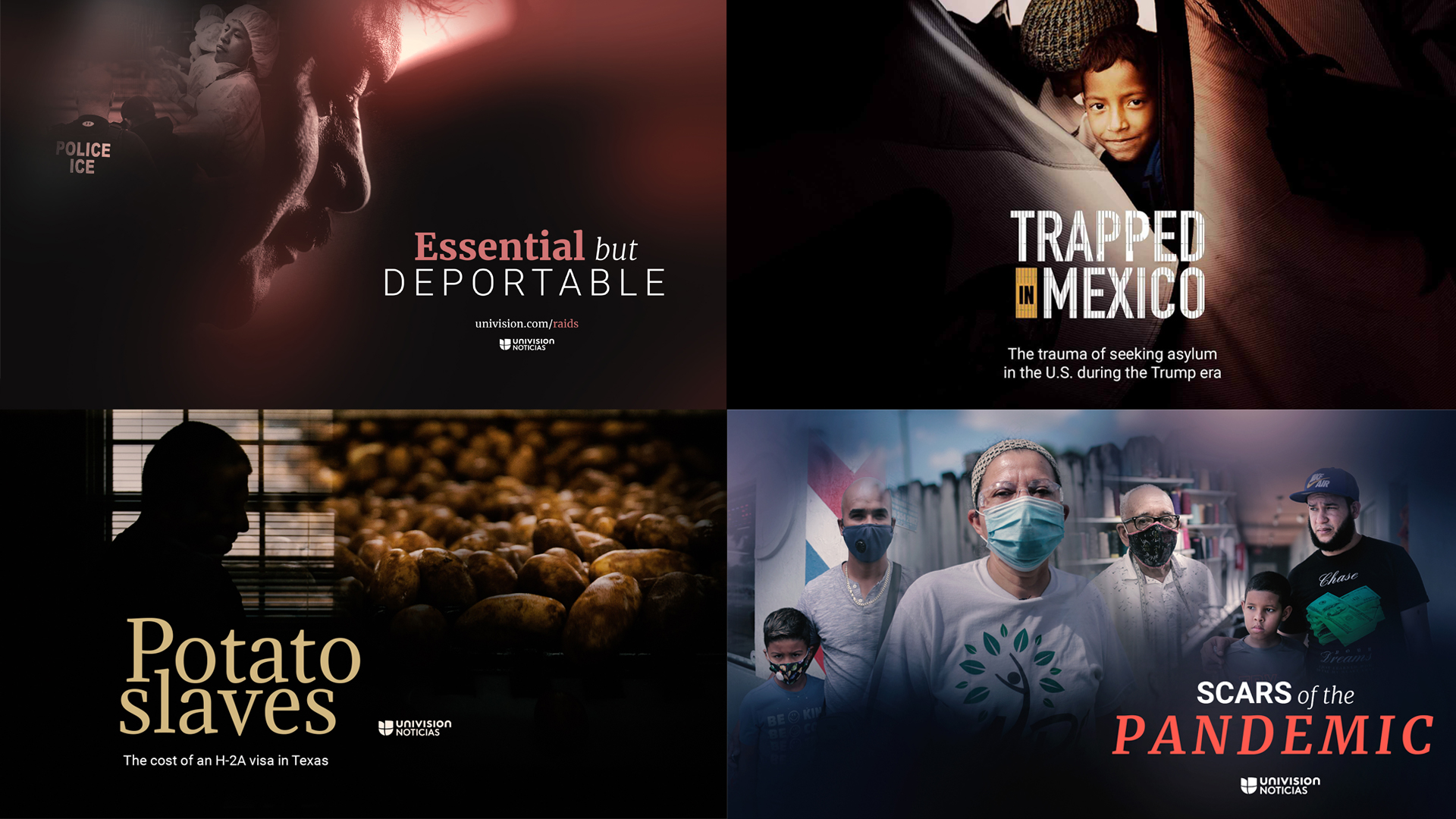 The following four multimedia projects illustrate the range of work of the Univision News Digital team. They all seamlessly integrate short documentaries, photography, text and graphics, as tools to tell stories that have been rigorously researched. All of there projects were published both in English and Spanish and had a wide reach for both audiences. Potato Slaves is a multimedia year-long investigation that led to two federal arrests of two supervisors at one of the largest potato farms in the country. It uncovered deep abuses of migrant workers and illegalities at Larsen Farms. Larsen Farms sells over $400 million of product yearly to giants like Walmart. Workers at the Texas processing plant face abuse by their employers but choose to stay silent out of fear of losing their H-2A agricultural visas. Most are unaware they’re victims of forced labor, or that the fees they’re required to pay to their supervisors for a visa are illegal. They don’t trust the authorities either, and fear retaliation for speaking out. It’s a reality faced by some 36,000 people a year in this border state. The investigation led to the federal arrests of a supervisor who had a pay to play scheme to illegally charge workers for being put on the list to come from Mexico to work at the farm, and another supervisor who many workers pointed at for physical and psychological abuses. “Essential but deportable: undocumented immigrants in the Trump era” is a series of seven stories that examines the impact of massive worksite immigration raids and other anti-immigrant policies put forward by the Trump administration and how communities are fighting back.

Chapter 1 places the project in the current moment, through a story about Mississippi poultry workers who are being impacted by COVID-19. These same workers were terrorized in 2019, when ICE raided seven poultry plants.

The second chapter delves into the raid and its immediate impact––both financial and psychological. Univision reporters were at the scene a week after the raid.

Chapter 3 takes a look at how an immigration raid in 2018 has divided a mostly white and conervative community in rural Nebraska.

Chapter 4 tells the story of how a small town in Iowa has recovered 10 years after a massive immigration raid–while the video was published in 2018, the text is new and contextualizes the documentary.

In chapter 5, we examine the reasons why undocumented workers end up paying the price of raids––even though the government’s posture is that employers who hire them should be the ones punished.

And finally, the last two chapters take a look at how people are fighting back against antiimmigrant policies, including both state governments (chapter 6) and immigrants and activists (chapter 7). Overall these seven stories make up a clear narrative that takes the audience from the immediate impact of raids to the ways in which communities are fighting in the streets against these policies.

Each chapter consists of text, photographs and at least one short character-driven documentary. While the videos focus on individual stories that provide an intimate view of larger questions, the texts provide a more extensive explanation of these larger and complex circumstances. ‘Scars of the Pandemic’ looks at the ways in which the pandemic made the social inequalities that already existed in the United States even more evident and profound. The mere fact of being Latino during the coronavirus crisis has had grave consequences: Latinos have been infected at much higher rates and have suffered the most from the economic consequences of the pandemic.

This multimedia project we focuses on Allapattah, a neighborhood in Miami that had high levels of poverty even before the pandemic hit. The virus had a profound impact on its community, as illustrated by some of the characters we encountered: an undocumented woman who contracted covid-19 because she was unable to stop working; a father of five children who lost his job and couldn’t sleep because he didn’t know how he was going to afford the food to feed them; a small businessman who had to close part of his business losing years of work. Finally, ‘Trapped in Mexico’ takes a look at the Migrant Protection Protocols (MPP) or Remain in Mexico, a policy that forces asylum applicants to wait for their cases in the most dangerous Mexican cities on the U.S. border. In his four years in office and without congressional approval, Donald Trump has destroyed immigration policies built by the last nine presidents. Through lengthy reporting in three different parts of the U.S.-Mexico border, ‘Trapped in Mexico’ uncovers a deep seated re-traumatization: asylum seekers on the verge of a mental health crisis. In this project we identify the trauma that was generated by the abuse to asylum seekers by this policy. In Matamoros, Mexico, a Venezuelan mother of three children who had a legitimate asylum case was returned to the other side of the border and threatened with kidnapping. She got desperate and risked her kids’ lives trying to cross the Rio Grande River. In Tijuana, two young Salvadoran women fleeing extreme gender violence in their country of origin, found steep fear and threats that reminded them of the gang members that threatened them. One of them was even shot. She is currently in the US with her kids awaiting her court date. But the other one was deported and suffers from PTSD that was originated because of the increasing threats and the way she was treated in immigration detention during six months. The mental health toll of Donald Trump’s policies is probably the most severe consequence of his stringent immigration agenda. Although much coverage had been previously published on MPP, the focus of this project on mental health goes beyond headlines to expose and find accountability for the profound pain inflicted on hundreds of thousands of people. 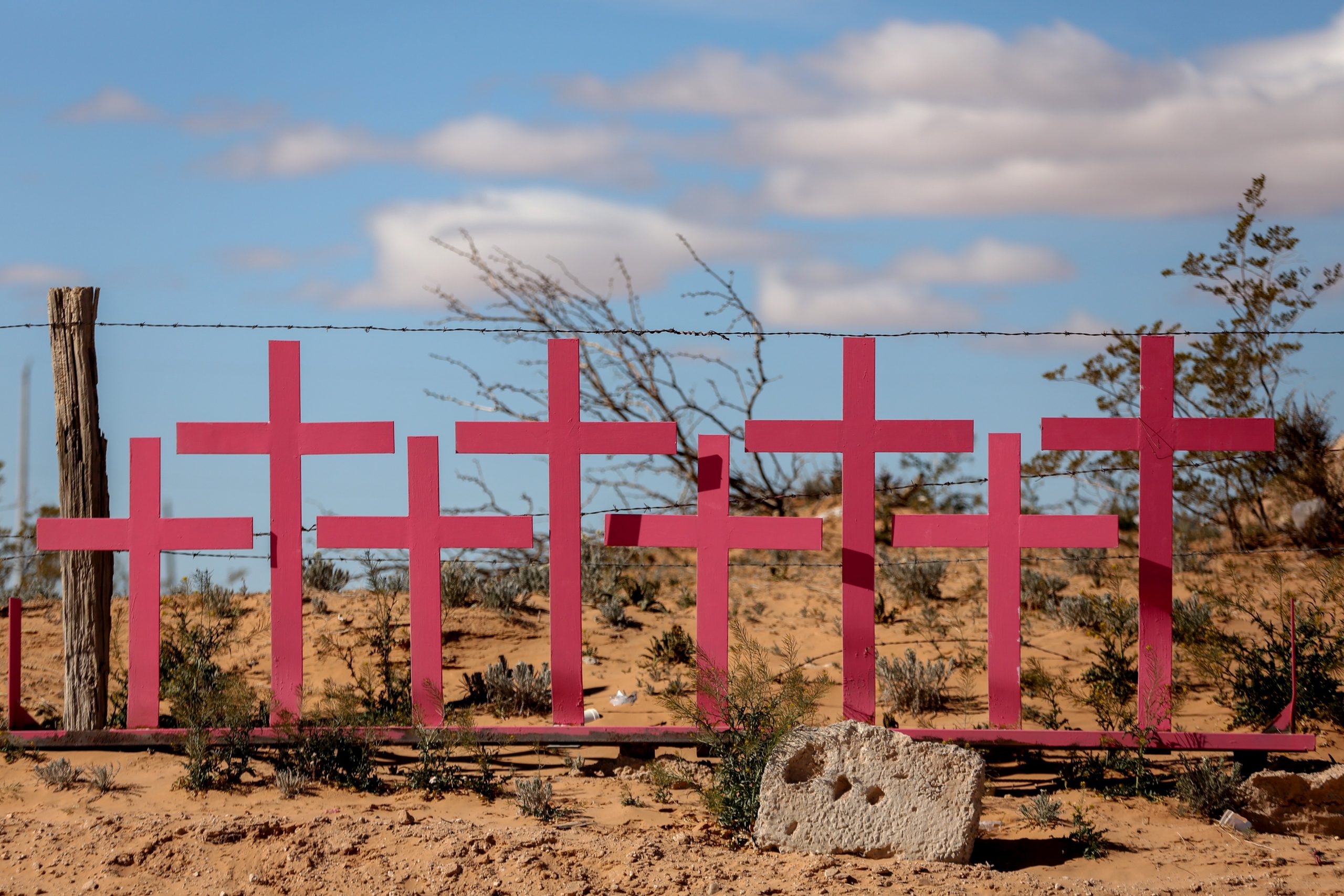 An online visual presentation portfolio including an immersive and poetic dive into the issue of femicide along the US-Mexico border, an investigation into a suspicious death in one of Seattle’s most popular parks, a visual look at how Washington State was coping with critical issues around the coronavirus pandemic in April 2020, and a celebration of diverse family recipes during a holiday season like no other.