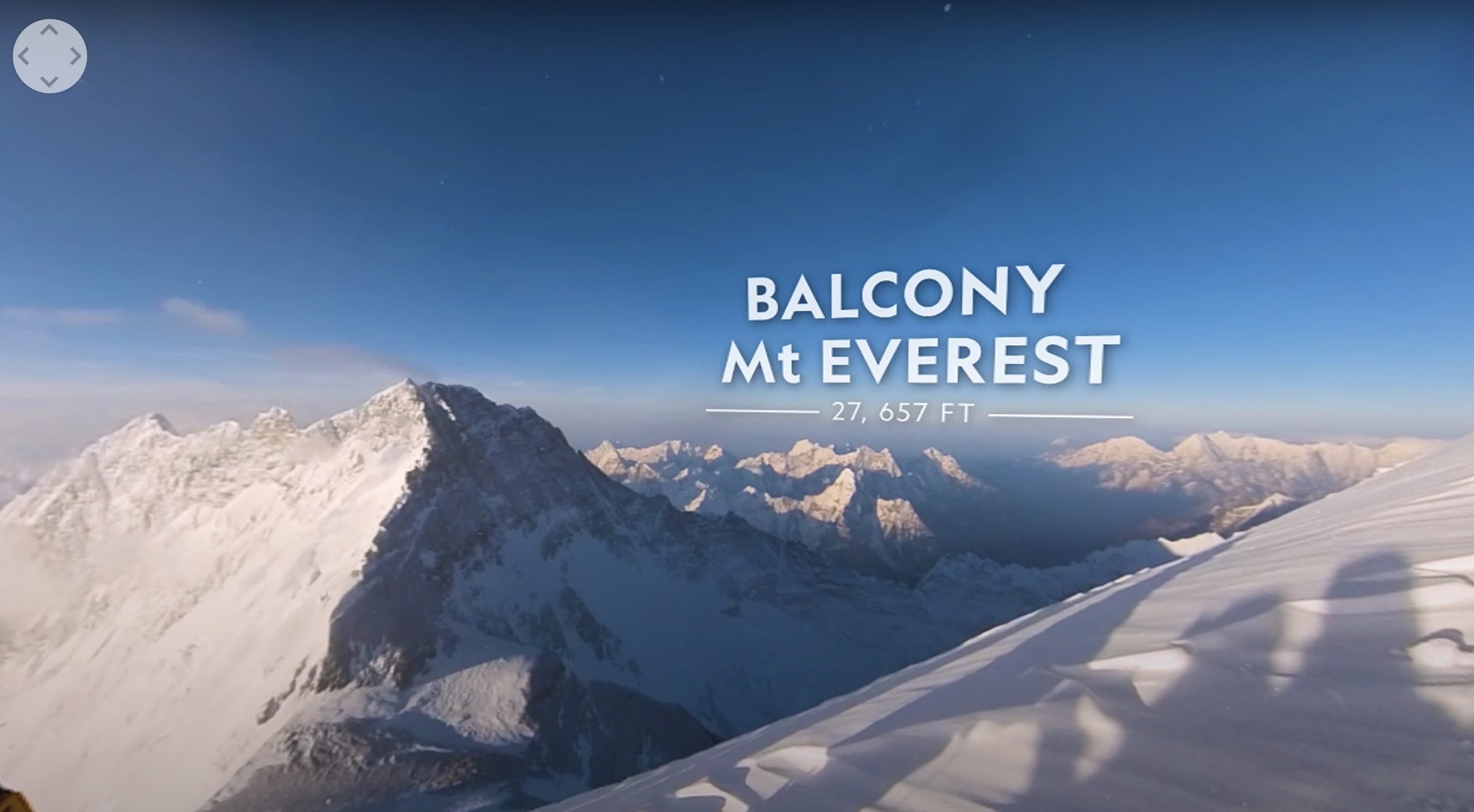 Immerse yourself with a team of scientists, climbers, and Sherpa guides as they embark on an expedition that will help define our understanding of high-mountain environments. Experience the National Geographic and Rolex Perpetual Planet Everest Expedition, which was not simply a climb of the mountain, but a perilous adventure to learn how climate change is impacting the highest place on Earth. 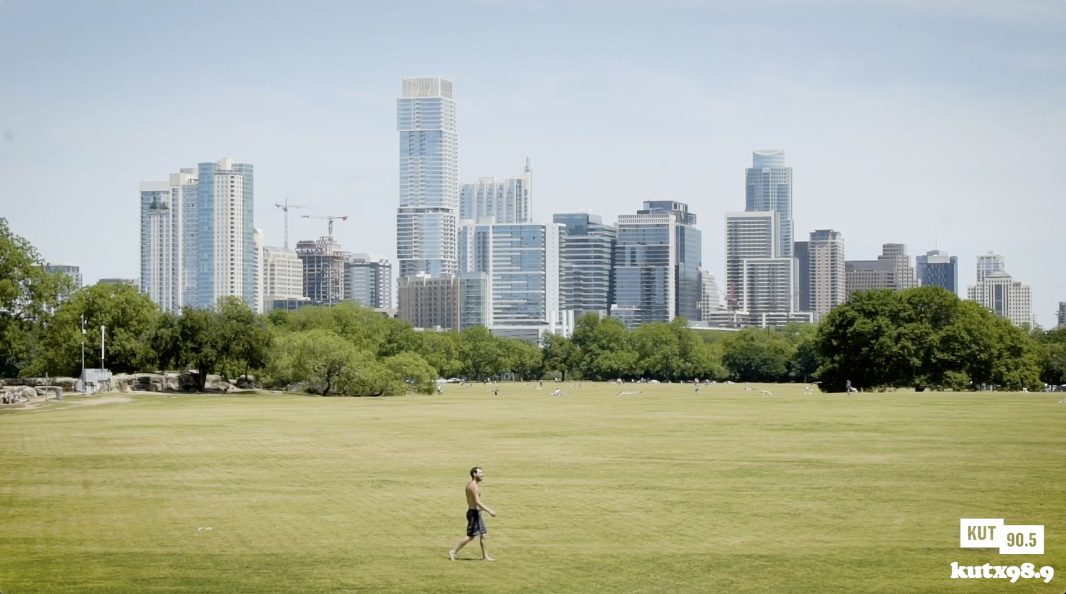 In March, the coronavirus began to change the city of Austin — the sounds, the music and the people within it. During the first month of the pandemic, our station asked Austinites to write love letters to their empty city as a way to provide a sense of community and reflection during times of uncertainty. These letters document memories, calls to action and social distancing experiences from across Austin. Our multimedia team was forced to utilize innovative and creative storytelling methods to ensure both our own safety and the safety of our subjects during the coronavirus pandemic. Thus, we chose a unique method for this video: We crowdsourced responses for this project via the KUT website, social media callouts, and personal outreach to a diverse group of participants to create one compilation video including numerous voices. To keep subjects safe, Producer Julia Reihs coached each participant in audio recording methods so they could submit their audio for the project via e-mail or phone. She filmed b-roll around the city to illustrate the love letter submissions, and only filmed video portraits with the participants outdoors and at a distance. Producer Julia Reihs also filmed and edited videos of individual love letters submitted for the project, which were shared on KUT’s Twitter, Facebook and Instagram feeds (Facebook link included). The videos had most success on Facebook, with most receiving between 1K and 3K views. The compilation video received 9.4K views – higher than most of our stations videos published to Facebook. The video served as a way to engage the Austin community in a time of uncertainty and isolation. Response was positive from participants and viewers, and the project has been re-shared by KUT throughout the year. 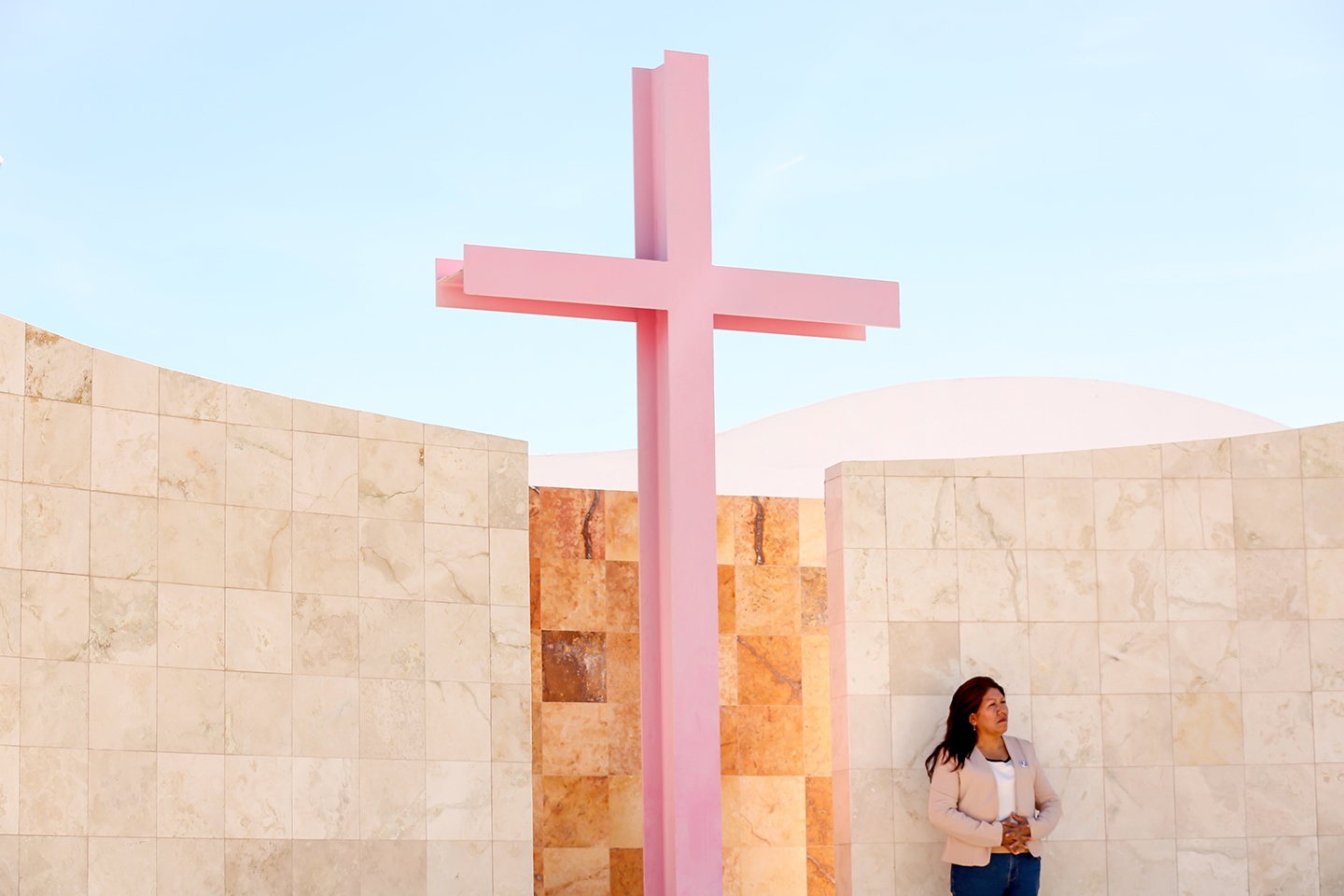 No one knows exactly how many women have been killed or kidnapped in Ciudad Juárez, Mexico. Many gender-based killings go undiscovered, unsolved and unpunished, enough that the crime has generated its own official classification in Mexico and in much of Latin America: femicide. But the missing and murdered women of Juárez are more than statistics and data points. They are beloved daughters who have left behind an unimaginable and senseless void. They are the fuel of activism against impunity and injustice. They are the seeds of grief that blossom into art. And they are beautiful, fragile memories that must be preserved. Many of the conditions that made the women of Juárez targets for their killers — gender, race, economic disempowerment — reach far across the border. We wanted to bridge the distance between Juárez and Seattle for our audiences, highlighting the lethal impact of a culture of machismo. These values are global, and they continue to threaten the safety of all women – from activist Isabel Cabanillas de la Torre, who was killed in Juárez in January 2020, to the Missing and Murdered Indigenous Women (MMIW) of Washington state. The idea of pursuing a story about femicide began in 2018, when our then-colleague Vianna Davila introduced us to “Killing Marías,” a book of poetry by Washington State Poet Laureate Claudia Castro Luna. As horrific as femicide might be, Castro Luna’s poetry is neither objectifying nor voyeuristic. She captures a glimmer of beauty in the darkness, revealing resilience amid an entrenched and global culture of violence against women. Compared with media coverage of Juárez in the 1990s and early 2000s, it’s a stark difference in tone. Our months-long pre-reporting research centered on this dissonance and, in particular, the role of sensationalist media in shaping public perceptions of the missing women and their mothers. We watched documentary films and archival footage. We read “More or Less Dead: Feminicide, Haunting, and the Ethics of Representation in Mexico” and spoke with author Alice Driver about her academic research. We spent time with Juárez-based women journalists who grew up immersed in news coverage of violence at the exclusion of women’s humanity — the emotional impact of their narratives exploited to sell stories. It became clear to us that the women of Juárez deserved to be remembered by history as something more than voiceless victims of gruesome crimes. We also wanted to recognize the women’s courage in working with us; many of them had received death threats for their activism, and they had seen other mothers, activists and journalists targeted and murdered. It was important to us to focus on building relationships in our six days on the ground, and to approach our interviews and visual reporting in a way that centered women’s experiences with sensitivity and nuance. In the spirit of amplifying the feminine power and agency we encountered in Juárez, we partnered with Claudia Castro Luna on seven visual poems — read in English by her, as well as in Spanish by the mothers of Juárez — to highlight the will and resolve of women. We paired the poetry with documentary scenes captured during our reporting in Juárez. On International Women’s Day 2020, we published “Disappearing Daughters” as a 32-page special issue of Pacific NW Magazine. The online presentation — available in both English and Spanish — uses poetry as a through-line to weave together a narrative encompassing our original reporting, photography and documentary film. As viewers scroll through the page, seven video poems take over the screen to propel audiences through stages of grief, rebirth and activism. “Disappearing Daughters” immerses the viewer in the stories and voices of mothers seeking justice for their missing and murdered daughters. Since publication, musicians, painters, performance artists and celebrity podcasters have created work based on “Disappearing Daughters.” Local priests have preached about femicide in Juárez. Universities and K-12 schools around the country have invited us to talk about photojournalism, ethics and narrative structure. The project earned an Online Journalism Award for feature reporting from the Online News Association in October. In November, hundreds of people attended a virtual poetry reading, project screening and discussion with poet Claudia Castro Luna and mother/activist Norma Ledezma Ortega, sponsored by the Pulitzer Center, the International Women’s Media Foundation and Elliott Bay Book Company, and later broadcast by Seattle Channel. We hope the long tail impact of this project continues to illuminate how deeply we are all interconnected, especially as the pandemic threatens to widen global gender inequity for years to come. 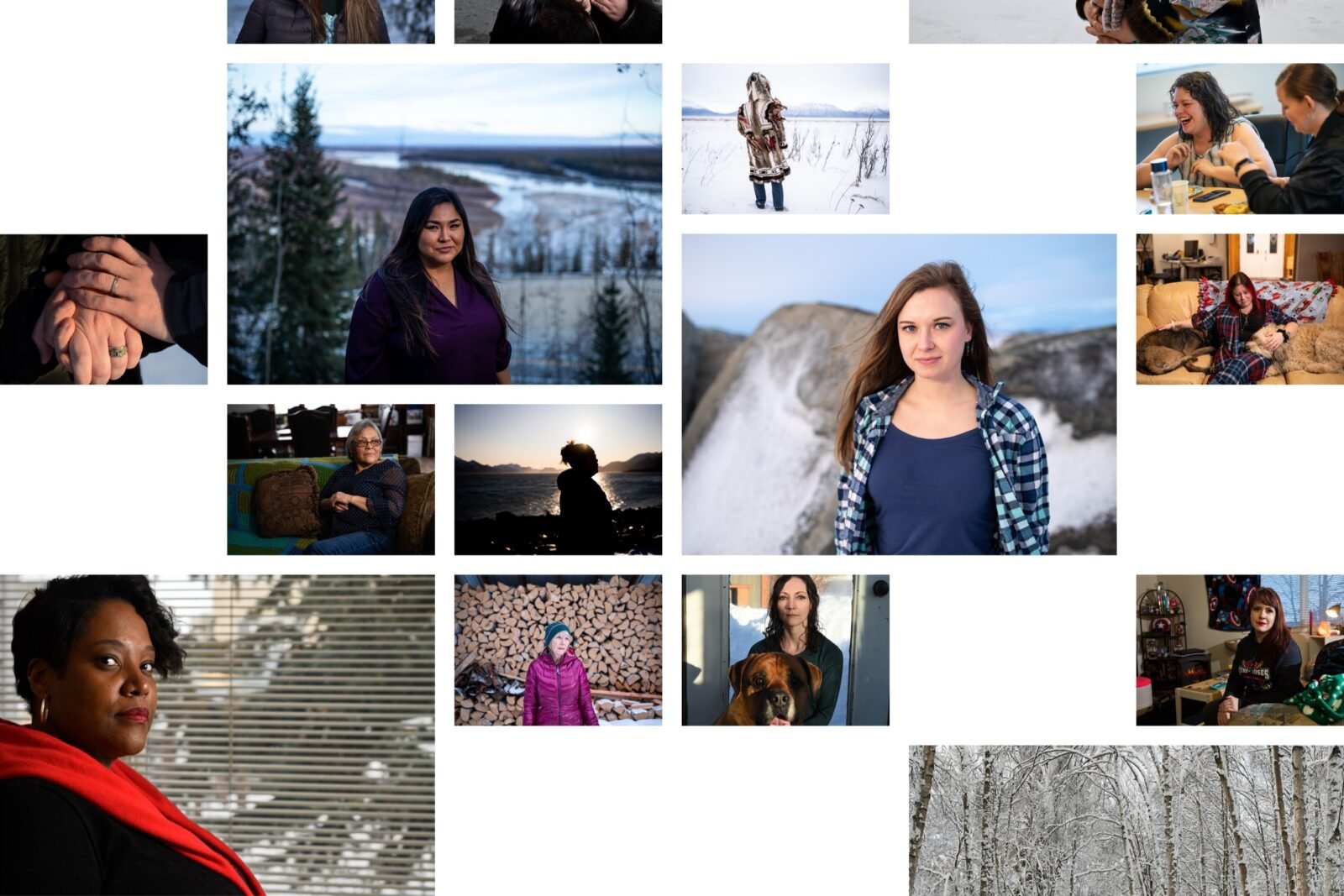 Unheard is a multimedia project documenting the widespread crisis of sexual violence in Alaska, the state with the highest rate of sexual assault in the nation. In 2018, the Anchorage Daily News published an online questionnaire inviting survivors of sexual assault to share their stories with reporters. The overwhelming response from survivors all around Alaska inspired a 2-year collaboration with ProPublica to investigate sexual assault statewide. Together, we refined the callout and published new versions of it, ultimately receiving more than 300 responses in total. Reporters in both newsrooms spent months interviewing survivors and crafting profiles of 29 people in a collaborative approach to storytelling. Our innovations are represented in how we reported the story, how we created the photography in collaboration with the people we photographed, and how we distributed the story to ensure that the work was for Alaskans, not just about them. You can read more about how we reported this story here: https://www.propublica.org/article/how-we-worked-with-survivors-of-sexual-assault-in-alaska-to-tell-their-stories It was important that each person sharing their story had input on how to tell it. Each chose how to be publicly identified and how their experiences — related and unrelated to abuse — would be represented. They worked with Daily News photographers to make portraits that are true to them, choosing to be photographed in meaningful locations, alongside the people they love or dressed to represent a source of strength. You can read more about how the photographers sought to redefine the image of Alaska’s sexual assault survivors here: https://www.propublica.org/article/how-photographers-sought-to-redefine-the-image-of-alaskas-sexual-assault-survivors The stories were published multiple ways: (1) On June 1, 2020, we published an online gallery presentation that was optimized for mobile, in order to be accessible for viewers in remote villages in Alaska who primarily use their phones to access the internet. (2) For 30 days, beginning June 1, we printed stories from the series on the cover of the Anchorage Daily News. The print series culminated in a blank “space of silence” on the cover of ADN dedicated to survivors of sexual assault who are not yet ready to share their stories. (3) The Anchorage Museum collaborated with us in a large-scale outdoor gallery, where the photographs and quotes were on display from July – September 2020. The public could experience the photographs and stories in person, this time with audio from our interviews playing near the portraits. Many of the survivors featured in the project told us they traveled to Anchorage to see their photographs on display. In addition to the profiles, we published a reported resource guide for survivors of sexual violence in Alaska, a methodology and and essay on the photography. The resource guide compiled answers to questions about what to do in Alaska in the aftermath of a sexual assault, incorporating information from advocates, a forensic nurse, a psychologist, and the Anchorage police.